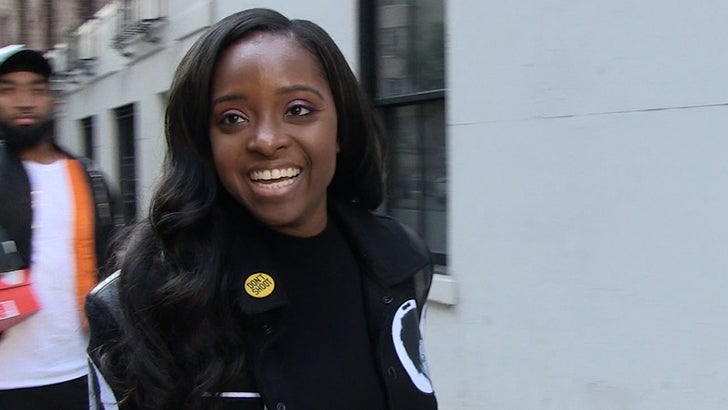 Black voters and especially Black female voters are responsible for what looks like a clear win in Georgia for Joe Biden, so it’s about time they get a little more respect … so says activist Tamika Mallory.

We got Tamika out in NYC Friday, and she made it clear … Joe Biden will almost certainly become President in no small part because of support from Black voters. True, Donald Trump actually got more Black Georgia voters in his column than in 2016 — 15% in 2016 and 18% this time around — but the lion’s share went to Biden. Now it’s time for Biden and co. to acknowledge their contribution with action.

Tamika echos what many say … Black women have been the backbone of the Democratic party for decades, yet they have not received their due from the party and candidates they support. Well, she says, that’s gotta change … and now.

She has high praise for Stacey Abrams, who worked tirelessly to combat voter suppression and get people to vote, and she succeeded in spectacular fashion.

I Still Receive Hate Messages for the Death of Elisa Lam